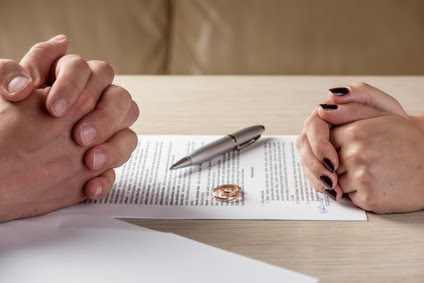 Time Limitations: Filing for Divorce or Division of Family Property (and Spousal Support Under the Family Law Act)

In Alberta, restrictions govern when and how certain claims may be brought before the Court: these deadlines are often referred to as limitation periods.

This article briefly reviews when claims for Divorce, division of family property, and support under the Family Law Act ought to be filed and the potential consequences of failing to do so in a timely manner.

We strongly suggest obtaining independent legal advice to determine how theses periods will apply to you and your particular situation.

There are no statutorily enforced deadlines by which a party must file a claim for Divorce under the Divorce Act. Consequently, it is possible to be living separate and apart for years before filing a claim for Divorce. However, there are implications for failing to file a claim in a timely manner of which individuals should be aware.

Additionally, the failure to commence a claim for Divorce can also impact a party’s ability to bring a claim for division of family property.

Under the Family Law Property Act, both a spouse and an adult interdependent partner may bring a claim to divide the parties’ family property.

For separating spouses, a claim for division of family property must generally be brought within 2 years of a decree nisi, a declaration of nullity of marriage or Divorce Judgment. For most spouses, this means that delay in obtaining a Divorce Judgment can effectively extend the period in which the parties can bring a claim for division of the family property. This can lead to situations where parties are contemplating division of assets years after the parties separated when the original assets flowing from the relationship may no longer exist. This may lead to unnecessarily messy and contentious legal battles which may not have otherwise occurred.

For those individuals seeking to bring a spousal or partner support claim under the Family Law Act, when the “clock stops” - so to speak – is unfortunately far less clear. The Alberta Family Law Act does not explicitly stipulate specific deadlines when seeking relief under the Act (which contrasts with the Family Law Property Act which does stipulate specific deadlines). Consequently, the default presumption is that the limitation periods as set out in the Limitations Act would apply.

However, the Court of Queen’s Bench has recently made several significant rulings which address this issue. For example, Blaney v Murphy, 2020 ABQB 196 has raised considerations as to how the Limitations Act interplays with the Family Law Act (and specifically claims for support), rendering application of the Limitations Act to support claims far more complex and frankly, convoluted. In his decision, the Honourable Mr. Justice Feth contemplates a variety of reasons why a claim for partner support under the Family Law Act, would not result in the triggering of the Limitations Act and therefore the imposition of a deadline by which a party must bring their claim.

More recent case law from the Court of Queen’s Bench, provides an even more definitive position. In Thalheimer v Chalut, 2021 ABQB 19, the Honourable Mr. Justice Graesser concludes that, “the Limitations Act does not apply to claims for support by separated adult independent partners in Alberta”, while also leaving open potential defenses to delayed claims for partner support.

Whether Justice Graesser’s decision in Thalheimer v Chalut will be upheld on appeal is yet to be seen. Regardless, while there may be no limitation period to bring a claim for support under the Family Law Act (should the most recent case law stand), delay in bringing an application may still prejudice the claimant in certain instances.

Missing the Deadline & Stopping the Clock

While knowing the deadline for filing your material is the first step, making sure you meet the deadline is undoubtedly the next step. Parties should play close attention to when their deadline occurs, especially if they are actively choosing not to file a claim, hoping the matter will resolve without litigation. There is arguably nothing worse, than knowing when the deadline is, and then missing it because you forget to file.

In other instances, individuals know when the deadline for filing is, but miss it because they believe that deadline was suspended or extended. While it is possible to extend/suspend the deadline for filing your claim, it is a risky move. Different grounds for claiming a deadline is suspended/extended, such as ‘standstill agreements’ or promissory estoppel, have stringent tests which can be hard to prove in Court. If you are not a 100% sure that you have a valid ‘standstill agreement’ or whether the other party is estopped, it is likely better to file your substantive claim, or at least a claim to preserve the limitation period.

Summary – What You Need to Know About Limitation Periods

While the intricacies of limitations periods can be complex and quite fact-specific, individuals should remember the following:

If you have any questions or concerns about limitation periods and how they may impact the relief you wish to seek, or any other family law issues, you can set up a consultation by calling our office at 587.440.3070 or by using the Contact Form on our website. Our office is set up to work virtually and we can assist you with any family or divorce issues you may have during the COVID-19 pandemic.